A Look at Agritourism Across the U.S.

There are many ways to measure agritourism, and each method reveals some new information about why we observe agritourism in certain regions and not others.

Some contributing factors to keep in mind are: 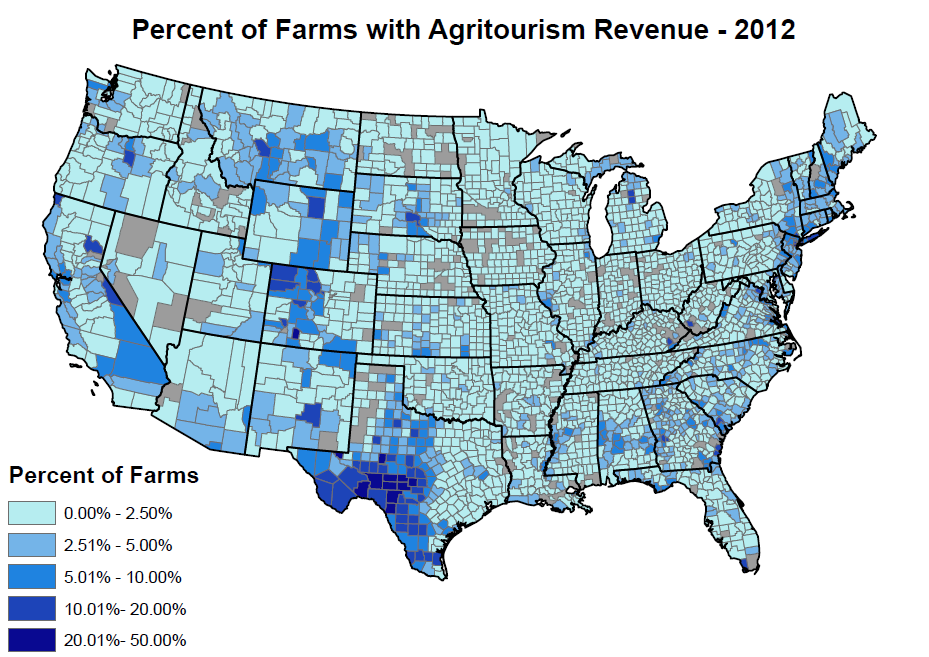 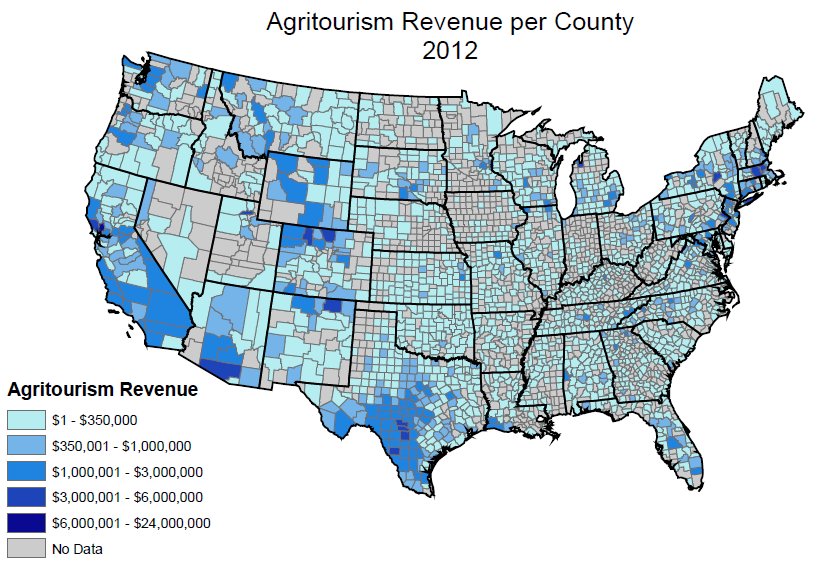 Counties with high agritourism revenue in 2012, appear to be mostly located near large populations, however some are in highly rural areas like those in Wyoming, Montana, and parts of Texas. California’s Napa County brought in the most revenue at $23,723,000, largely driven by the wine industry. 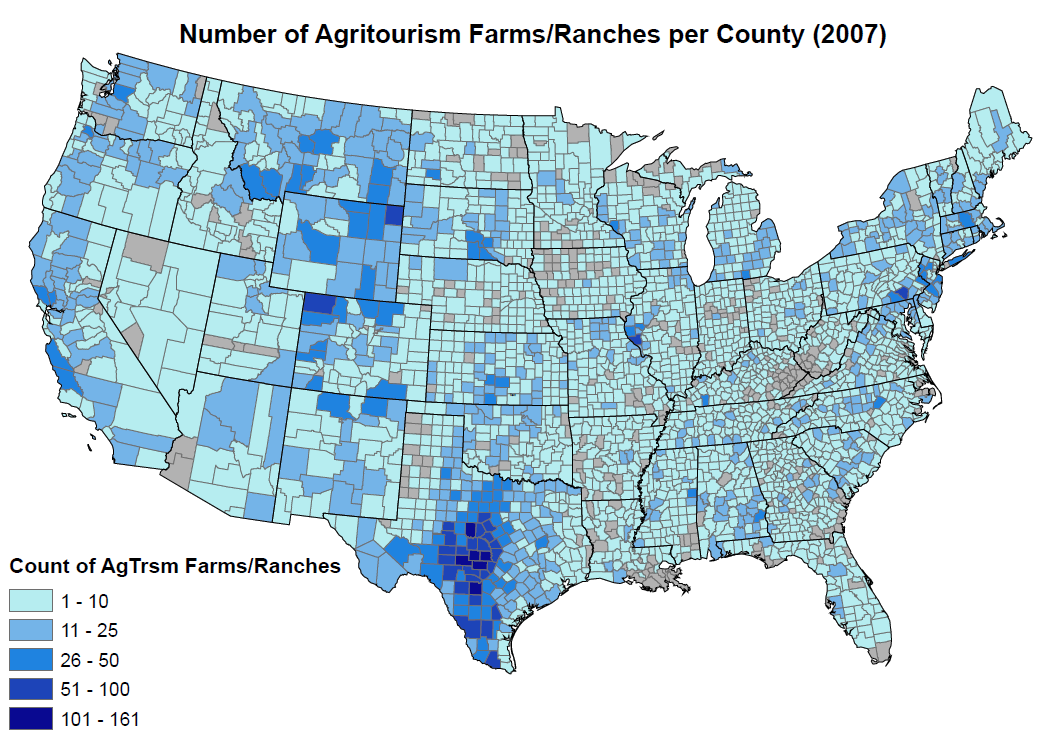 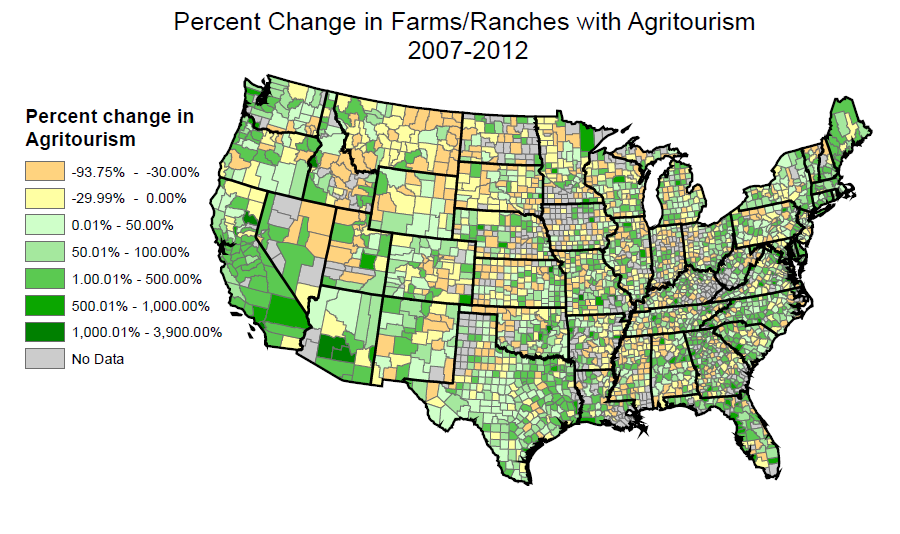 Between 2007 and 2012, it appears that the Southwest and some states on the coasts had the greatest growth in terms of the percent of farms/ranches with agritourism. The decreases in agritourism seem to be scattered around the country with a pocket in the northern Rocky Mountain States.